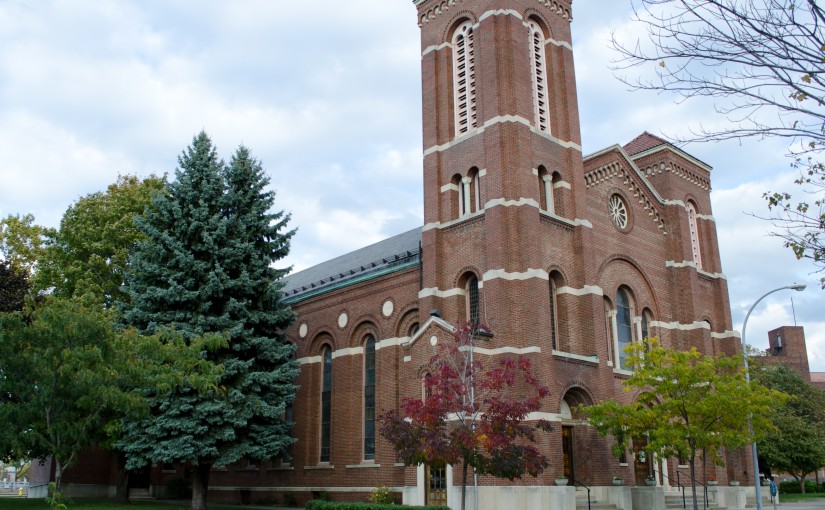 The beautiful custom of placing flowers on the altar every Sunday began November 26, 1911. The first flowers were given by Mrs. Minnie Nelson Gerhard, Miss Amelia Kall, and Miss Lena Kettwig. Immediately thereafter Mrs. J. George Kaelber spoke to Miss Kettwig and suggested that flowers be placed on the altar every Sunday. Mrs. Kaelber offered them for the following Sunday, and the donors on the remaining Sundays of the month were: Mrs. Julius C. Hoffman, Mrs. Katharine Loeffler, Miss Emma Hess, and Mrs. Mary Milow. Since that time there has not been a Sunday without flowers on the altar. After accomplishing their purpose in church on Sunday, these flowers have been sent with messages of comfort and cheer to many hundreds of sick, shut-ins and afflicted in homes and hospitals.

Since the first observance of Mother’s Day in our church on May 10, 1914, there has been an outpouring of flowers in memory of the dearly beloved, departed mothers. As many as 113 mothers have been remembered on a single occasion. A few years later, when Father’s Day was first observed, nearly seventy-five tributes to fathers who had been called home were placed on the altar. How was all this made possible? It has taken thought, time and loving interest on part of someone to bring this about. The person primarily responsible for this splendid service is Miss Lena Kettwig. She it is who started this noble ministry, gladly assumed the responsibility to continue it, and has never failed us through twenty-two long years. She it is who continues to acknowledge the donations with a card of thanks and sends on the fragrant messengers to those who need comfort and encouragement. A noble work, faithfully done!
(A brief history of the Salem Evangelical Church, Rochester, New York. Pages 28-29)